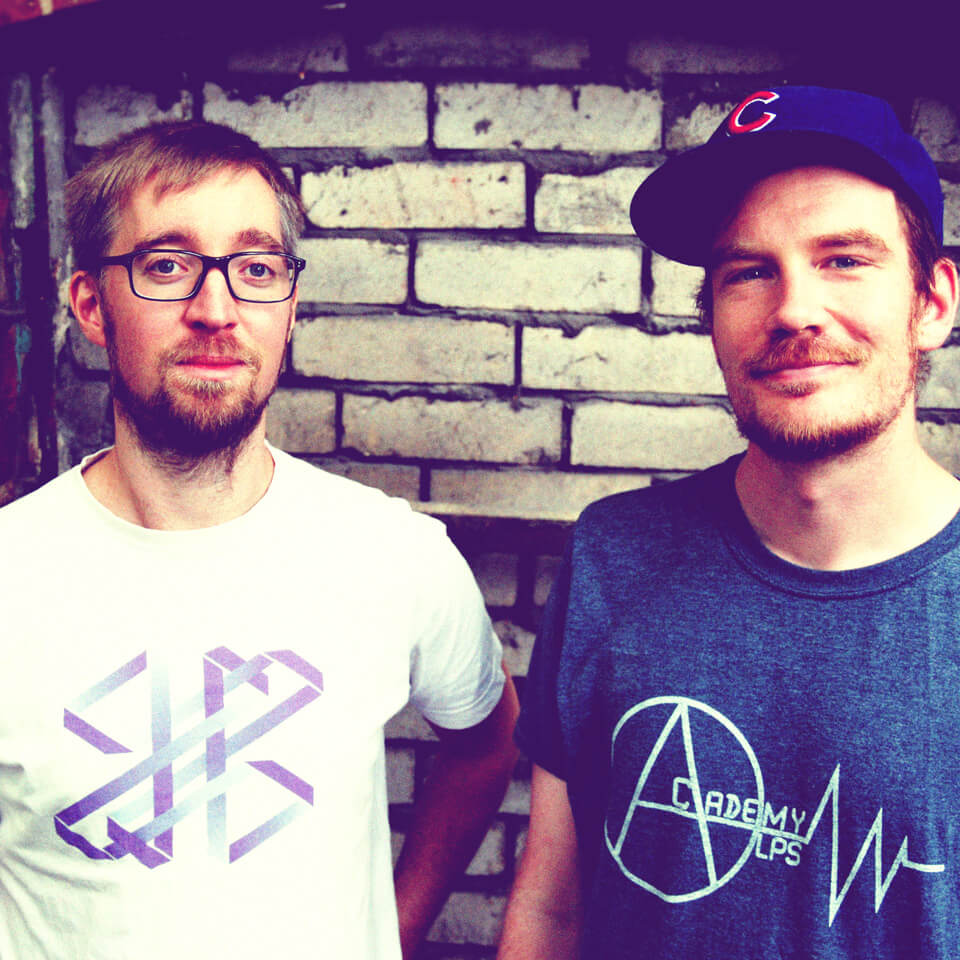 The late James Brown aside, you won’t find anyone with a more visceral connection with soul than Session Victim in the midst of a DJ set.
Their live set pitches the energy levels up even further, the frenzied head banging of two friends jamming like their lives depend on it, now a signature scene.
Since the success of their bedroom-produced debut LP took them a little by surprise in 2012, Hauke Freer and Matthias Reiling have formalised their ad hoc studio jams and fanatical sampling sessions into something resembling a schedule, but besides that, refreshingly nothing much has changed about the friendship spanning two decades and a regular Hamburg to Berlin studio exchange.
With their record collections spanning several decades of hip hop, funk and soul as well as frequently vinyl-only house and techno selections, it’s their passion for uncovering dusty vinyl treasures and the soul that can be captured on a miniature moment in wax that inspires both their DJ sets and production environment.
Session Victim’s second long player ‘See You When You Get There’ released at the end of last year was featured highly on various ‘Best of 2014’ lists, including XLR8R and DJ History. Respected contemporary and head of Pampa Records DJ Koze, also added his own seal of approval by remixing their track “Hyuwee” for the DJ Kicks 50th compilation.
The last six months have also seen celebrated releases from solo endeavours, with Hauke’s EP on new vinyl only imprint ‘XK’ being repressed several times and Matthias returning to hugely respected label Giegling to release his first solo EP since 2011.
The next Session victim EP will drop on the newly resurrected Retreat (the vinyl only label Hauke runs with Quarion) this summer and forthcoming Session Victim remixes include a seminal 1996 Boris Dlugosch track on Peppermint Jam and a remix on Gomma.
As we roll into festival season, June will see Session Victim make their Glastonbury debut, adding to their global roll call of the best underground parties and festivals in the world and their conversion of new fans dance floor by dance floor.