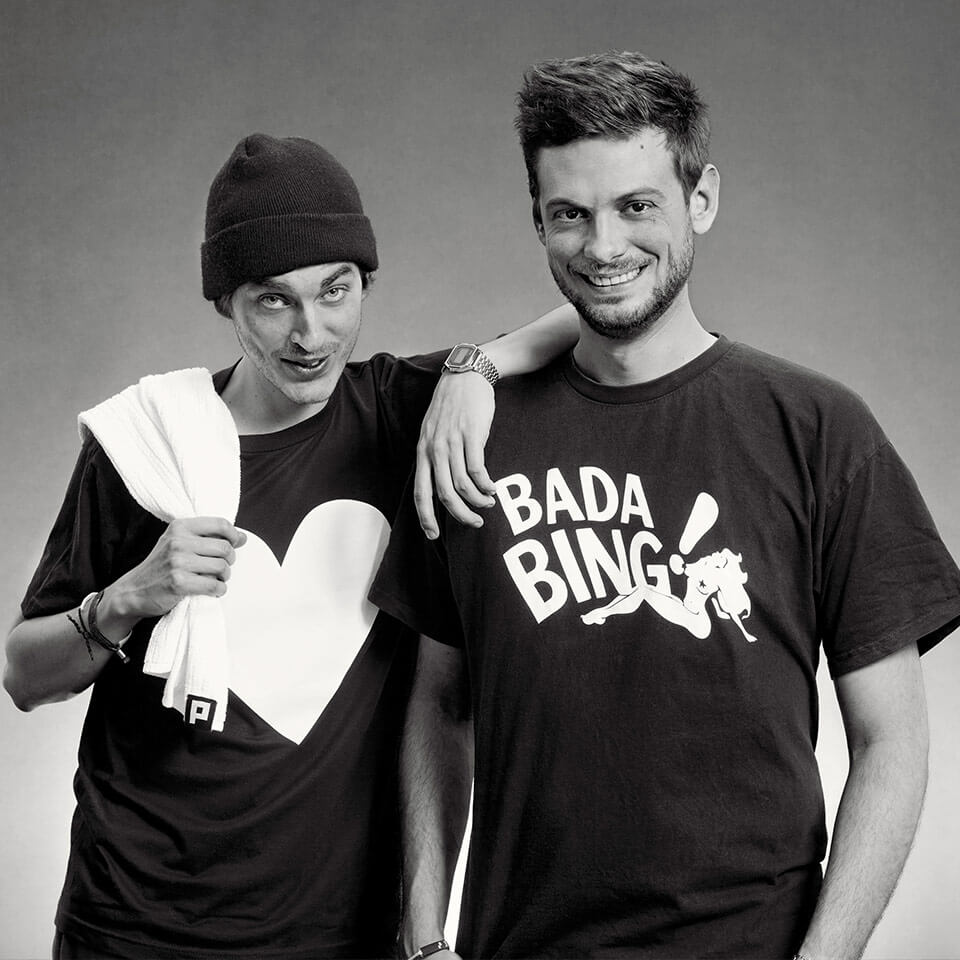 ROBOSONIC aka Cord Henning Labuhn and Sacha Robotti, made quite an impression on the international scene in 2012 courtesy of their summer hit record, ‘Worst Love’. Indeed, it even went so far as claiming the no.1 spot on Resident Advisor’s monthly chart and no.35 in their ’Top Charted Tracks of 2012’!
As a follow up, Robosonic released ‘Over the Edge’ EP in fall 2012. Again, the response was overwhelming, with the record peaking at Number 6 in the Beatport Deep House Chart and staying in the Top 100 for over six months! Both ‘Worst Love’ and ‘The Edge ‘ became two of OFF Recordings biggest hits to date, helping Andre Crom’s imprint to become one of the currently most sought-after labels on the planet.
Stay alert for more creative chaos, open source inspiration, wild parties, visual workouts with love and detail, sweat on the walls and plenty of bassy music with a 4/4 heartbeat!