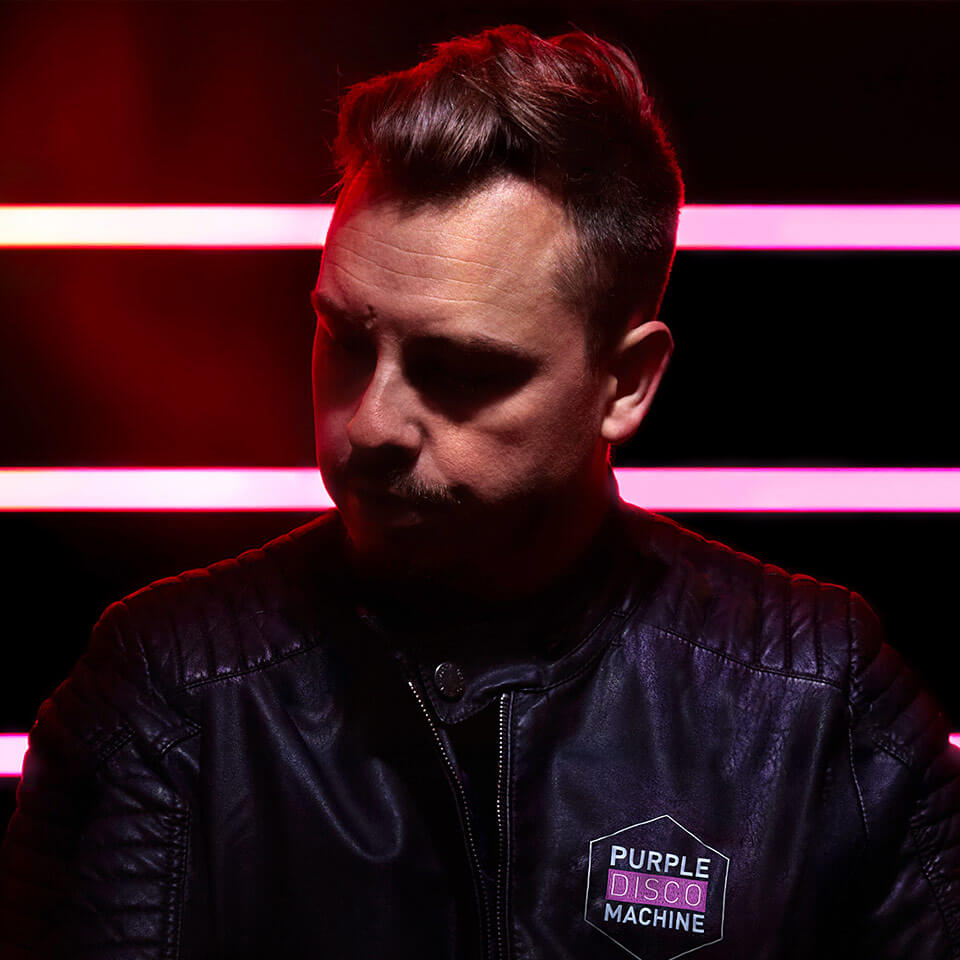 The sound of Purple Disco Machine describe some as Deep Funk. In 2009 the project Purple Disco Machine was founded. In recent years, PDM composed many songs, including My House, which was published by Off Recordings. The PDM hype was lifted to a new level in the summer of 2013: The track stormed Beatport and reached Beatport Deep House #1 and overall #3 at peak and holds for a long term in the Deep House Top15!

Tracks like Let It Whip or I House You and the numerous PDM remixes were received well on the dance floors. The follow up EPs on OFF Recordings called Move or Not and Funk EP the Purple Disco Machine could enlarge the success with great performing funky house tracks. All the EP tracks reached the Beatport Top15 Genre Charts after a short time. A full packed dj-gig schedule with shows all over Europe in the top venues is still the result.